Where Are They Now: OSU’s Kerri Lloyd 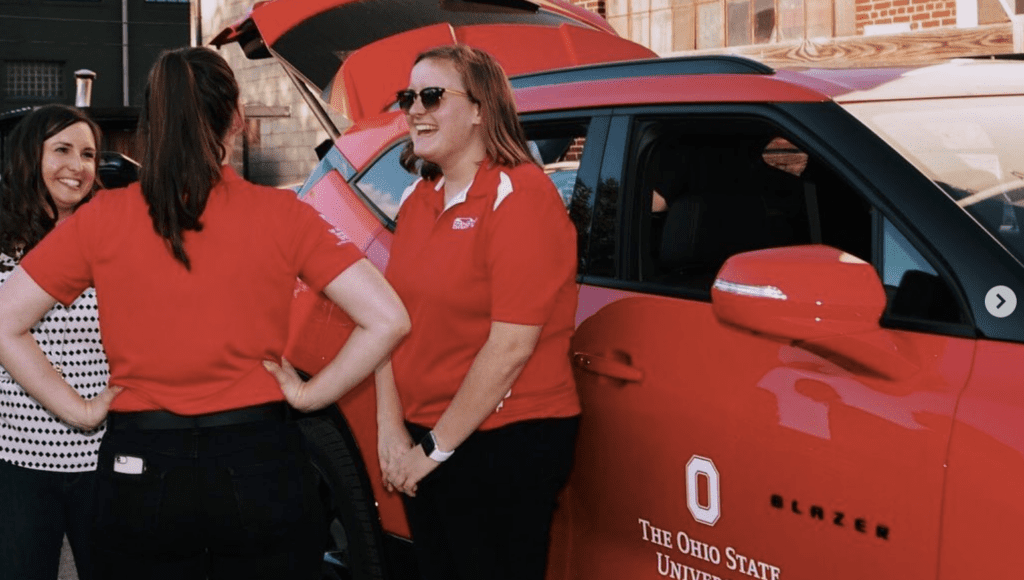 Home / News & Media / Where Are They Now: OSU’s Kerri Lloyd

AVTC Alumni, Kerri Lloyd, was an integral part of the Ohio State EcoCAR team for many years. Kerri never imagined how her choice to join the team her freshman year of undergraduate school would so greatly impact her future.

Kerri has always possessed a love for working on cars – as a young girl, her father would never send cars to the shop and instead would let Kerri help him work on them. She knew she wanted to continue to pursue this passion somehow, and EcoCAR turned out to be the perfect opportunity. Kerri had an electrical engineering major in school, so the electrical team was a great match for her engineering knowledge and her automotive skills. 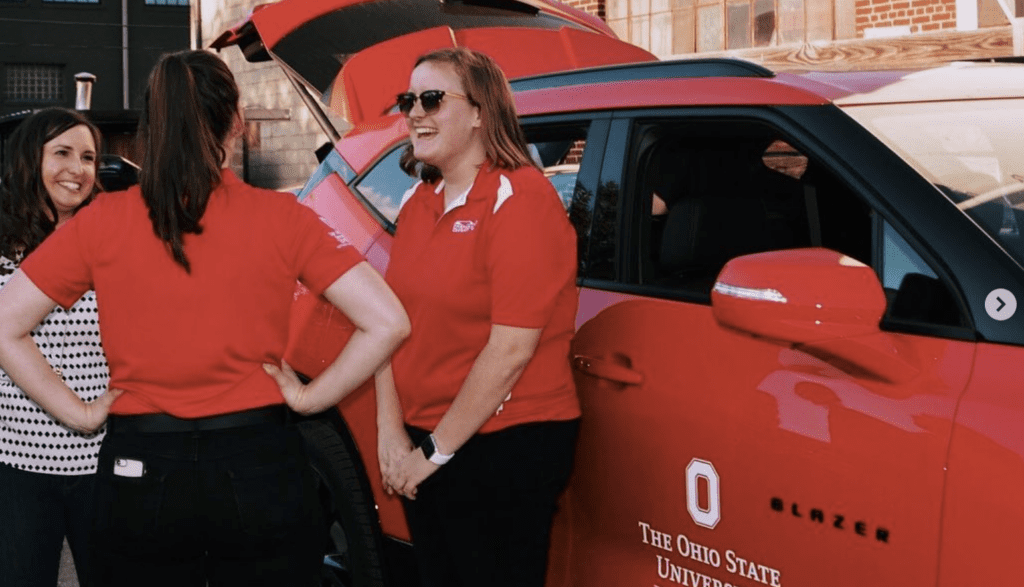 After being a member of the team for six years and the electrical team lead for three of them, Kerri became the Engineering Manager in her final year. At this point, Kerri was very familiar with the team and possessed a great deal of knowledge regarding the deliverables for the competition. She had always been interested in getting involved with management, so she was thrilled to become the Engineering Manager for her team. In this role, Kerri learned the importance of taking initiative. She became better equipped at making decisions on her own and learned how to communicate with many different people in unique roles at one time. Although Kerri used her position as Engineering Manager to become more independent in her work, she also emphasized the importance of not being afraid to ask for advice.

Now, Kerri uses the automotive, engineering, and soft skills she learned while with EcoCAR in her new position at General Motors (GM). She recently began working at the Warren Technical Center outside of Detroit, Michigan as a part of her two-year rotational program. Currently, she is working on GM’s design release engineering team, where she works with suppliers to source components to plan for automotive design for future years. The rotational program will allow Kerri to experience different teams and roles within the company to determine which sector of General Motors she will work for full-time. 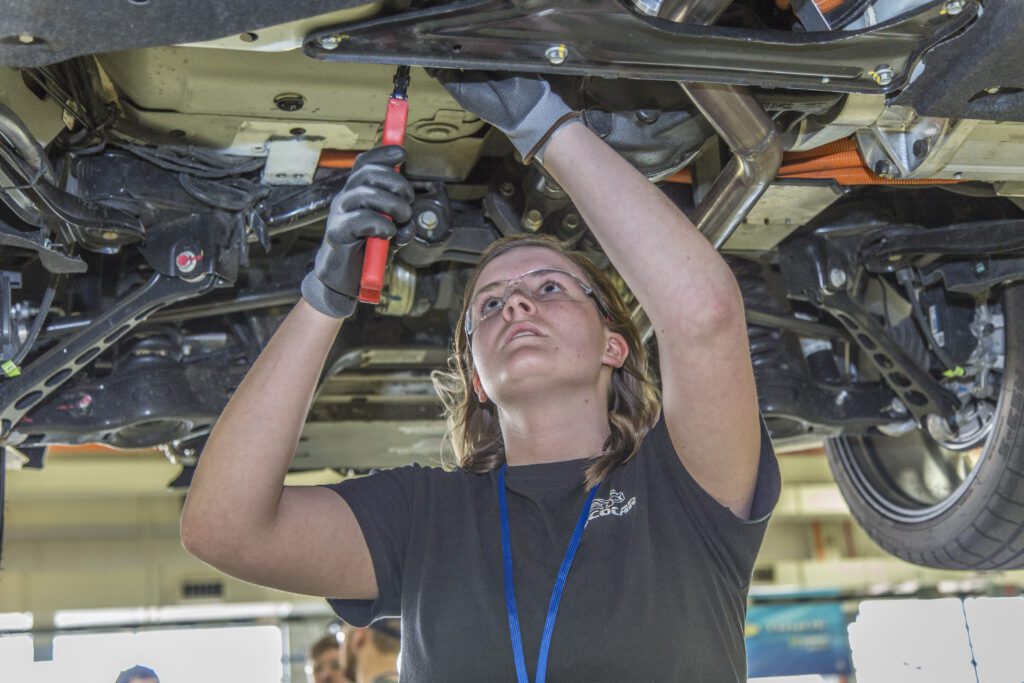 When asked about her 5-10-year plan, Kerri simply stated she wants to be “in a role that I enjoy.” She went on to discuss how one of the most important lessons she learned from the EcoCAR team was that one needs to enjoy what they’re doing. She also mentioned that down the line, she would like to hold a management position, and that her positive experience as Engineering Manager at EcoCAR encouraged this idea.

Kerri believes that EcoCAR helped her get to where she is now and will help her accomplish her future goals as well. When she began at GM, she said she was able to jump right into the technical processes of her role thanks to her experience on the team. She also felt comfortable in meetings and was not afraid to voice her opinions and contribute her ideas. The combination of communication and technical skills she gained while at The Ohio State University has already proven beneficial in her career. In Year 4 of the EcoCAR 3, Kerri was the recipient of the Women in Engineering Rookie Award. She was an undergraduate student at the time and although she was not expecting to win, Kerri was incredibly deserving. She had helped conduct different outreach events involving women in engineering and focusing on diversity and inclusion. Kerri continues to pave the way for women in STEM and is already a role model to those in the electrical engineering and automotive fields. The current Ohio State EcoCAR team is very excited to follow Kerri’s journey and is eager to see how she grows in her future career. 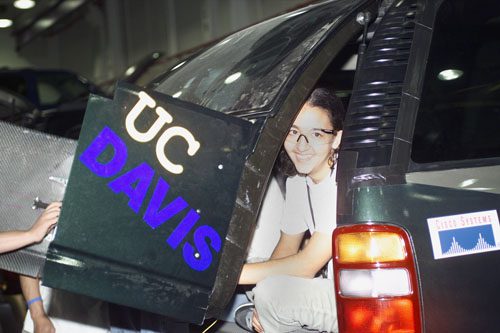 Futuretruck alumni lead the ecoCAR EV Challenge as Faculty at UC Davis Written By: Lauren B. Taylor AVTCs have a rich history in engaging students and preparing them for entering [...] 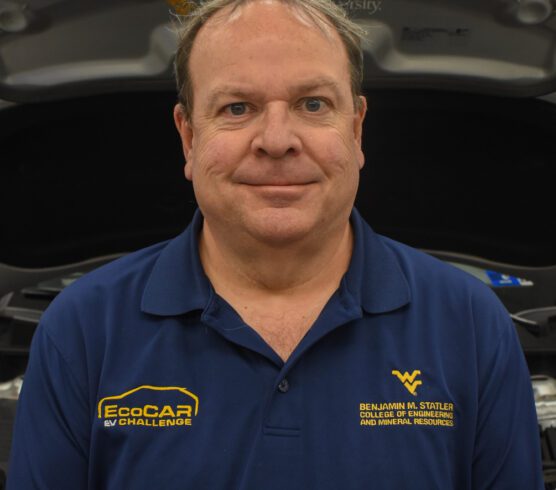 From Administrator to Advisor: Dr. Brian Woerner Jumps Into WVU EcoCAR Written by: Kaycee Kiser Every team in the EcoCAR EV Challenge would not be where they are without the [...] 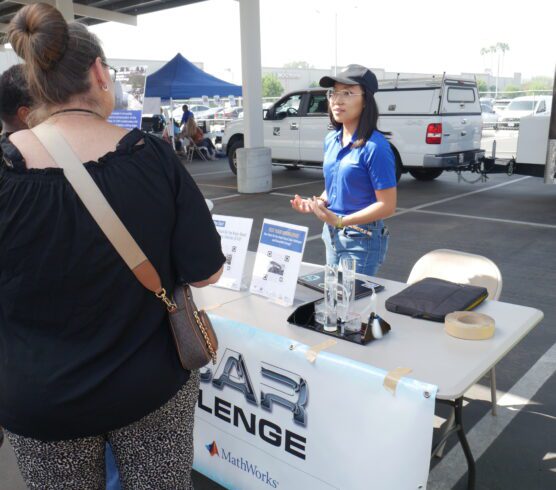 UC Riverside’s EcoCAR Team Debuts at Community & K-12 Events Written by: Trang Bui Communications Manager The City of Riverside in California, also known as The City of Arts and [...]